On the day of Margaret Thatcher’s funeral, whatever your thoughts on the late Prime Minister, there’s one aspect of her legacy that cannot be disputed. That lady had Impact. Yes, impact with a capital “I”. And it’s that impact, that everlasting stamp on society, on the psyche and lives of millions worldwide, that has most definitely earned her a place in history.

What was it about Baroness Thatcher that got her noticed in the first place?

Was it the fact that she was an assertive, confident and resilient woman in the ultra-conservative male-dominated corridors of Westminster in the 1970’s? Was it her tenacious attitude, her brilliant mind and sharp wit? Was it the challenges she faced head on, her single-minded steely determination, her no nonsense attitude, always solutions focused and achievement-driven? 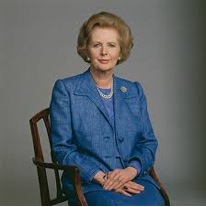 What made her stand out in her generation, becoming the first (and only) British Prime Minister and undoubtedly the most divisive leader in modern British history?

Personal Impact is made up of a number of qualities, which enable society’s leading figures to stand out. Bill Clinton’s charisma, Barack Obama’s individuality, and Hillary Clinton’s tenacity aside – the common factor is their USP – their “unique self proposition”. They all have something to set them apart from the crowd, that hard to define factor that ensures they are noticed and not easily brushed aside, that makes them memorable, and a force to be reckoned with.

Business leaders also need to differentiate themselves to create impact. And positive impact isn’t just a nebulous quality that some people possess. It’s an attribute we can all work on, develop and build. In modern day society we are judged very quickly and often unfairly on how we present ourselves. On our appearance, our behaviour, our communication skills, and often first impressions can make all the difference.

Why are First Impressions so important?

A New York University study revealed that in the first 7 seconds of meeting someone, we make 11 instantaneous judgements about one another. We make assumptions on:

In business interactions, first impressions are crucial. While you can’t stop people from making snap decisions – the human brain is hardwired in this way as a prehistoric survival mechanism – you can understand how to make those decisions work in your favor.

Margaret Thatcher had a team of people advising her on everything from her hairstyle to her handbags. She became polished and developed a regal style, becoming as well known for her hallmark Aquascutum blue suit and Asprey handbag, as her political insight and tough stance.

In fact, Mrs. Thatcher’s transformation was the first of what would become the practice of tailoring a politician’s image to fit the media age, something later perfected by Tony Blair and David Cameron. She was the first female political power dresser and helped pave the way for strong women, political or not, to embrace their fashion sense and their power at the same time. Hillary Clinton’s trouser suits, Condoleezza Rice’s pearls, and now Michelle Obama, dubbed the US’s First Lady of Fashion by Harper’s Bazaar, all owe a great deal to Thatcher. 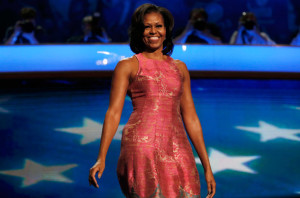 Whilst the right image and style are important, so are behaviour and communication skills.

In the early years, Margaret Thatcher worked on her voice: the pitch, timbre and energy. Her natural voice was quite shrill and when she raised her voice it became very high pitched. She improved her articulation, which made her sound more professional, precise and assertive.

She walked tall, she had a firm handshake, she met a gaze straight on with her piercing blue-grey eyes. And as a communicator she was impressive. In order to be heard and understood, she spoke with deliberation, emphasis and impact, her messages delivered with clarity, precision and focus. Other European leaders quivered at her repeated demands for Britain – but she got what she wanted. She was confident, and assertive, she spoke with conviction and passion, and was always clear in her objectives.

Love her or hate her, Margaret Thatcher was an icon of a generation. She had the greatest impact of any British woman leader in modern British society evidenced by the pomp and ceremony of her state funeral, and will continue to divide public opinion as to her leadership and legacy for many decades to come.