I invited Charles Cormack, Managing Director of the Award-Winning International Business Consultancy, Cormack Consultancy Group, working with businesses across the UK looking to expand overseas, with operations across Europe and beyond, to write a guest blog when I found out all his senior staff were woman, and his business has gone from strength to strength.

I have to declare an interest at the start of this blog, I have two daughters, but I guess that does not make me that unusual.  But it has focused my mind on a problem which many men seem to ignore. 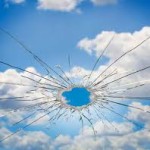 The glass ceiling still exists, and despite the protestations of politicians, and pressure from the media it seems to be stuck there. For the life of me I cannot work out why.

Over the years, and in a variety of industries I have worked with a mixture of men and women, and some have been good and some have been bad. But what I have found, first as I became a boss, and then developed and run my own business, is that I am appointing women to most of the senior roles in my business.

So why am I doing this?  The answer is that it is simply on merit.  I know this is a generalisation but women work harder, they are more committed, they are more loyal, they are true team players, they don’t panic and they have the much-heralded ability to multi task.  In my business at the moment all the senior positions are held by women, my Client Director is an experienced executive, who has proved her worth in the workplace through developing a career which has included senior positions in major multinationals, and my Operations Director is a young, bright and dedicated professional, who at the age of 28 has proved her ability and unflappability.

Through my business I also get to work with an increasing number of women entrepreneurs, and I have to say that the businesses they run and develop are at least as good as those of men.  The question is why, if we have this huge talent pool, is it not exploited more fully?

The obvious answer is the biological difference, and the fact that some women require to leave the workplace to bear children.  But is that a reason to discriminate?, most people plan their families, so there is normally a way for a business to prepare for maternity leave.

I often wonder why it is that the Baltic states, where I work a lot, and which is a very patriarchal society, has the highest number of women in senior positions in Europe.  I guess it is down to an understanding that people who study and work hard, and who show commitment should be rewarded, and not discriminated against because of their biology.

The issue seems to stem from a fear of “investing” in someone who may at some point in the future decide to take a career break, firstly I would have to say from my own experience that men can be fairly unreliable, and there are many reasons for a person to leave a job.  Secondly how amazingly short-sighted it is to discount over half the potential working population because they may or may not decide to perpetuate the human race.